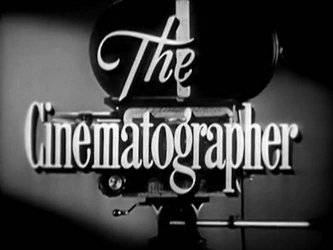 Every couple of weeks, the OFCS polls its members with a question related to movies. It can be serious or amusing, but each member is given the opportunity to submit a short response to the question, which we will then post on Thursday mornings. Here is this week’s query.

Francisco Cangiano @ CineXpress
Since I can’t decide on which to chose from my favorites, Roger Deakins or Emmanuel Lubezki, I’m just going to mention one that has recently come up the ranks for me: Mr. Jeff Cronenweth. He has done great work on Fight Club, One Hour Photo, The Social Network, The Girl with the Dragon Tattoo, and most recently, my favorite film he has shot so far: Gone Girl.

In hand with David Fincher’s directing and the film’s editing/score, I’d have to say my favorite scene/shot is from Gone Girl itself, where Neil Patrick Harris’s character meets his demise at the hands of Rosamund Pike’s character.

Robert Cashill @ Popdose
I thought immediately of the late Gordon Willis. Every frame of the first two GODFATHER movies in particular is impeccable–but so is every frame of KLUTE, THE PARALLAX VIEW, ALL THE PRESIDENT’S MEN, PENNIES FROM HEAVEN, and his work with Woody Allen.

Marilyn Ferdinand @ Ferdy on Films
This is like asking which one of your children you love the most. There are so many outstanding cinematographers from which to choose, from Gregg Toland and Vittorio Storaro to Jack Cardiff and Robert Burks. Putting aside favorite individual films by these and other great lensers, I decided to concentrate on bodies of work that offer consistent excellence and invention. Eventually, I settled on Rudolph Maté, whose work spans genres and eras. He made Rita Hayworth’s red mane flame even in black and white in GILDA (1946). His final shots in 1937’s STELLA DALLAS place in luminous contrast a warm interior and a rain-soaked curbside where Stella stands watching through a window as her daughter gets married. His real genius comes through early in my favorite of his assignments, 1932’s VAMPYR. Theodor Dreyer owes him a great deal for conjuring gauzy, eerie images that seem to come straight out of the nightmares of the collective unconscious and induce chills of fear even today.

My favorite scene visually is not from a Maté film, however. It is from HEART BEAT (1980), shot by the great László Kovács. In the scene that dazzled the socks off me, Nick Nolte as Neal Cassady has been part of a lively bacchanal in a jazz club. The scene is alive with movement, Kovács’ camera darting around the room and finally resting on Neal, whose overflowing joy results in a kiss with a woman not his wife—a spontaneous act so reminiscent of the famous Alfred Eisenstaedt photo of a sailor kissing a nurse that appeared on the cover of Life magazine on VJ Day. When the time for celebration is over, the scene moves into the street outside of the club. Neal emerges, crosses into the steep street lit only by a flashing neon sign and a circular pool of light from a street lamp, and climbs haphazardly up the asphalt toward a lapis half-moon of sky. This visual poetry is the epitome of Beat, and satisfaction for people who come to this movie looking for what Jack Kerouac and Cassady represented to a generation.

John Gilpatrick @ John Likes Movies
No need to overthink this one. It’s Roger Deakins. He’s the only cinematographer working today whose presence in the credits of a film instantly makes that film a must-watch. He has so many memorable shots in memorable movies, but for me, his best work comes in No Country for Old Men, a film that doesn’t have a score and relies solely on images and editing to create impossible suspense. The shot of Anton Chigurh’s feet under the crack of the hotel door in the seconds before he blasts the lock off is one I won’t forget.

Courtney Howard @ ReelVixen.com
I have two: (classic) Freddie Francis and (modern) Harris Savides. Francis’ breathtaking work on ‘The Innocents’ is truly remarkable. Flat out gorgeous. Same goes for ‘The Elephant Man.’ Savides’ incredible work on ‘The Game’ is what first caught my eye. From there on out, I was a fan. ‘Zodiac’ and ‘Somewhere’ really impacted my movie loving soul. His color palette and the way in which he used light (and didn’t use it) are distinct components of his visual signature.

I don’t particularly have a favorite scene from any of these films – just that I had a very memorable reaction to them as a whole.

In The Fountain, the scene of Hugh Jackman embracing his death and looking for every memory of he have, culminating with he staring a wormhole.

Asking a critic to pick a favorite cinematographer is challenging because so many of these folks have helped make good movies great. For example, Gregg Toland’s deep focus photography in movies like Citizen Kane, The Long Voyage Home and The Best Years of Our Lives has enabled directors to make images in the background as essential to a story as those in the front. Jack Cardiff (The Red Shoes, Black Narcissus, The African Queen) won a well-deserved Lifetime Achievement Oscar for the way he applied silent movie visual wizardry to films using color and sound.
Before I gush about others who’ve made simply looking at the movies a pleasure, I’m going to pick Elgin Lessley. If the name seems unfamiliar, that’s a shame. He was the cinematographer for most of the movies Buster Keaton starred in and directed during the silent era. He also shot Long Pants, The Strong Man and Tramp, Tramp, Tramp, the three movies Frank Capra collaborated on with baby faced comic Harry Langdon.
In all of these films, Lessley proved silent film was anything but primitive. In the 1921 short The Play House, for example, Lessley, Keaton and co-director Edward F. Cline figured out how to make it so that every occupant of a theater was played by Buster Keaton. That’s Buster as a husband and wife in the balcony, the band in the orchestra pit and as a bratty child and his overwhelmed grandmother. In one shot, there’s even nine Keaton’s dancing on the stage at once.
Multiple exposures have enabled a performer to play dual roles as far back as the dawn of cinema. French director Georges Méliès had used them repeatedly 20 years before The Play House, but Lessley employs them so effortlessly, one almost wonders if he invented CGIs.
Lessley’s work seems even more amazing considering that he and his crew were using hand cranked cameras. Each time Lessley filmed a scene, he and his crew had to crank the camera at exactly the same pace, or the multiple Busters would have been out of sync.
Lessley’s work on The Play House is only part of his formidable visual legacy. In Sherlock, Jr., a sleeping Buster Keaton dreams himself walking into a movie and then finds himself having to reorient himself every time the film cuts to another locale.
In the appropriately-titled, The Cameraman, Lessley has the camera following Keaton up and down a staircase as he dashes to find answer a phone. He also comes up with “amateur” footage for Keaton’s character to shoot where inadvertent double exposures cause a ship to sail through the streets of New York.
Lessley didn’t shoot Keaton’s Civil War epic The General, but that film actually gives you an idea of what he looked like. He plays a Union General who orders an ill-fated bridge crossing. It’s a great cameo, but Lessley deserves greater recognition for his gift in making make the impossible seem almost mundane.

Pat Mullen @ Cinemablographer
Seamus McGarvey gets my vote for favourite cinematographer working today. I love his collaborations with Joe Wright. Each of their films features an exquisite long take that offers every kind of formal engagement a film should be. As much as I love the theatrical lighting and playfulness of that great ballroom scene in ‘Anna Karenina’, the Dunkirk shot of ‘Atonement’ is my favourite single shot of his body of work. (It’s also his best film.) I swoon just thinking about it!

Jamie S. Rich @ Criterion Confessions
Christopher Doyle has a tremendous knack for being unobtrusive even when being extremely stylized. This is why he can work for both Gus Van Sant and Wong Kar-Wai, do something dirty and verite or something as shiny and neon as my favorite of his films, In the Mood for Love. Granted, crediting him with the latter can be tricky, since was not the only DP on the movie, but he seems to have exerted the most force over it.

My favorite shot is of Maggie Cheung walking down the hotel hallway, her red coat aligning with the red curtains on one side of the corridor. The colors represent love, passion, and, subtextually, shame. An image from the sequence is currently my desktop wallpaper.

Jerry Roberts @ Armchair Cinema
When asked this question, one name immediately sprang to mind: James Wong Howe. He was the master of shadows and (Along with Greg Toland) practically invented Deep Focus. Howe was in innovator, a genius at his craft. Take a look at his great camera work in Yankee Doodle Dandy, where James Cagney’s dance sequences seem almost ethereal. Or his work in the silent classic “Laugh, Clown, Laugh” which tells the story of a disgraced circus clown Tito Beppi, played in his farewell performance by Lon Chaney.

If there’s an image that endures, however, I can’t choose just one from Howe’s work.

* I remember Paul Newman leaned against his Ford in “Hud.”

* I remember Burt Lancaster and Anna Magnani in bed in “The Rose Tattoo.”

* I remember Lancaster seated at a table with his lacky Tony Curtis seated behind him in “Sweet Smell of Success.”

* I remember a hung over William Powell on his couch busting balloons with a pop-gun in “The Thin Man.”

Gregory J. Smalley @ 366 Weird Movies
I’ll go with Alfred Hitchcock’s man, Robert Burks. Vertigo’s complex 360 kiss shot, which takes us from the hotel room to the mission and back, is a masterpiece. Honorable mentions to Russell Metty for Touch of Evil’s textbook tracking shot, and to László Kovács and Vilmos Zsigmond, for helping to launch America’s New Wave and for making so many 60s B-movies so much more fun to watch than they otherwise would be.

Thomas Spurlin @ ThomasSpurlin.com
A knee-jerk reaction to the question might lead me to Roger Deakins or Wally Pfister, but Christopher Doyle’s full body of work ultimately earns my vote after some reflection, since the bold poetry and versatility of the visuals he’s captured across a broad range of films cannot be denied. The delicateness of texture, the play with shadows, and the elegant motion within the deeply passionate In the Mood For Love towers above them all, though, especially a slow sequence following a stunningly-dressed Maggie Cheung as she descends a darkened staircase into a room full of steam and swinging lamps.

Rob Wallis @ Of All the Film Blogs
My favourite cinematographer is an obvious one, Gordon Willis, whose work on The Godfather I don’t think has ever been bettered. Despite having missed out on an Oscar nomination for the film, and its first sequel to boot, his ability to use deep shadow to bring both a richness and a crispness to any scene is astounding. The scene where Don Corleone addresses the assembled Five Families is particularly wonderful in its balanced presentation of a bustling criminal conspiracy with a deceptively forgiving Brando waiting for his turn to speak. LINEBREAK