The middle chapter of our Best Picture poll gives our list of films ranked from 50 through 36. 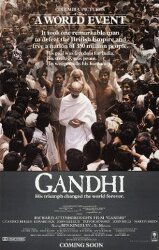 Synopsis: A look into the life of Mohandas K. Gandhi whose non-violent protests against the British government helped lead to the independence of the nation of India.
Trivia: Gandhi beat out E.T. The Extra-Terrestrial for Best Picture this year. Its director, Richard Attenborough, would later take a supporting role in Steven Spielberg’s Jurassic Park. That film was released the same year that Ben Kingsley, who won the Oscar for his portrayal Gandhi, starred in Spielberg’s Oscar-winning film Schindler’s List, which brought Spielberg his first Oscar.
Films It Beat:
E.T. The Extra-Terrestrial
Missing
Tootsie
The Verdict 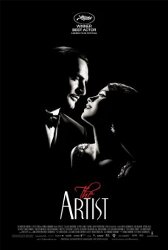 Synopsis: A rising star surpasses her idol as she makes the successful transition to the talkies while her idol maintains a death grip on his fading days as a silent screen star.
Trivia: This became the first silent film since Wings to win Best Picture at the Oscars even though its sound effects and original score were recorded on film.
Films It Beat:
The Descendants
Extremely Loud & Incredibly Close
The Help
Hugo
Midnight in Paris
Moneyball
The Tree of Life
War Horse 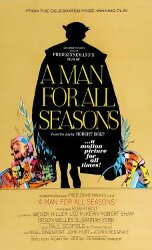 Synopsis: Sir Thomas More takes on King Henry VIII as he seeks to obtain a divorce and remarry under heavily-Roman Catholic England.
Trivia: It was the first of only two Best Picture winners based on play that won the Tony Award for Best Play. The second was Amadeus 18 years later.
Films It Beat:
Alfie
The Russians Are Coming The Russians Are Coming
The Sand Pebbles
Who’s Afraid of Virginia Woolf? 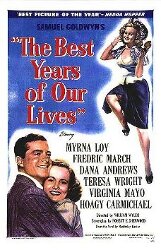 Synopsis: The son of a wealthy family falls in love with the young woman from an eccentric family, setting up a comedy of errors as the bizarre behavior of the lower class family chafes the respectability of the upper class.
Trivia: Became the first of only two Best Picture winners to be based on a Pulitzer Prize-winning play. The other film was Driving Miss Daisy, which won 51 years later.
Films It Beat:
The Adventures of Robin Hood
Alexander’s Ragtime Band
Boys Town
The Citadel
Four Daughters
Grand Illusion
Jezebel
Pygmalion
Test Pilot 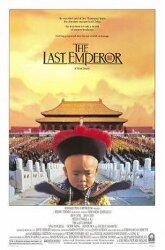 Synopsis: This is the story of the young boy who becomes Emperor of China shortly before dramatic world events that would bring down the monarchy and his emergence into adulthood in a changed world.
Trivia: It was the first film rated PG-13 under the MPAA’s new classification system, introduced in 1984, to win the Oscar for Best Picture.
Films It Beat:
Broadcast News
Fatal Attraction
Hope and Glory
Moonstruck 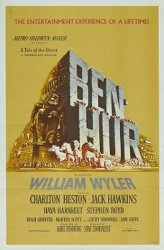 Synopsis: A Jewish prince, betrayed by his Roman friend, is sent into slavery and spends years fighting his way back to Rome in order to seek revenge against his former friend.
Trivia: For 38 years, remained the most awarded film in Oscar history, earning eleven total Oscars.
Films It Beat:
Anatomy of a Murder
The Diary of Anne Frank
The Nun’s Story
Room at the Top 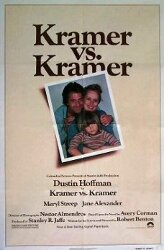 Synopsis: A recently-divorced father must learn to live with his young son while fighting for custody with his ex-wife.
Trivia: Kramer vs. Kramer star Justin Henry, nominated for Best Supporting Actor, remains the youngest actor ever nominated for a competitive Academy Award in any acting category.
Films It Beat:
All That Jazz
Apocalypse Now
Breaking Away
Norma Rae 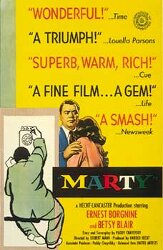 Synopsis: A middle-edged butcher has given up on finding love, but finds the woman of his dream at a local dance.
Trivia: It is the shortest film ever to win Best Picture. It is also the first film based on a television program to win Best Picture.
Films It Beat:
Love Is a Many-Splendored Thing
Mister Roberts
Picnic
The Rose Tattoo 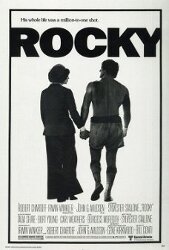 Synopsis: A small-time boxer has the chance of a lifetime to fight a heavy-weight champion and embarks on a hefty training regimen in the hopes of being able to compete.
Trivia: It was the first sports film in the history of the Academy Awards to win Best Picture.
Films It Beat:
All the President’s Men
Bound for Glory
Network
Taxi Driver 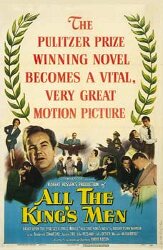 Synopsis: A corrupt, small town politician rises through the ranks of state politics allowing power and its associated distractions go to his head.
Trivia: It was the second, and final, film to win Best Picture based on a Pultizer Prize-winning novel. Gone With the Wind is the only other such winner.
Films It Beat:
Battleground
The Heiress
A Letter to Three Wives
Twelve O’Clock High 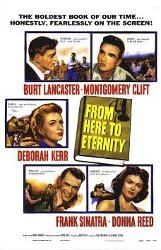 Synopsis: As a Naval captain suffers punishment for refusing to box for his unit’s team, his wife falls in love with his second-in-command in the days leading up to the bombing of Pearl Harbor.
Trivia: One of a small handful of films to earn Oscar nominations in all four acting categories. It also became only the second film in Oscar history to win eight or more Academy Awards.
Films It Beat:
Julius Caesar
The Robe
Roman Holiday
Shane 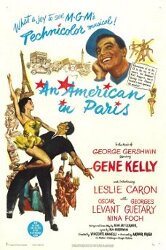 Synopsis: Three friends search for work in the city of Paris while two of them fall in love with the same woman.
Trivia: Star Gene Kelly was not nominated for Best Actor for his role in this film, but did receive his only Oscar the same year. The honorary Oscar was given “In appreciation of his versatility as an actor, singer, director and dancer, and specifically for his brilliant achievements in the art of choreography on film.”
Films It Beat:
Decision before Dawn
A Place in the Sun
Quo Vadis
A Streetcar Named Desire 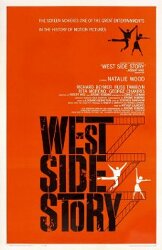 Synopsis: A young couple face the realities of gang life in New York City as their rival gangs fight for territory leading them to hide their relationship from those around them.
Trivia: It was the first film with two credited directors to win the Oscar for Best Director.
Films It Beat:
Fanny
The Guns of Navarone
The Hustler
Judgment at Nuremberg 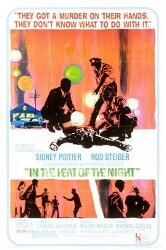 Synopsis: An African American police detective is sent to investigate a murder in a racially-charged southern town.
Trivia: The first of only three films to feature a black actor in a co-leading role to win Best Picture. The other two are Driving Miss Daisy 22 years later, and Unforgiven, three years after that.
Films It Beat:
Bonnie and Clyde
Doctor Dolittle
The Graduate
Guess Who’s Coming to Dinner 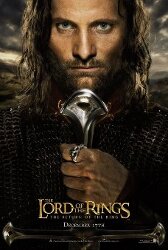 Synopsis: The final chapter in the saga of small band of adventurers who trek across the vast realm of Middle Earth in order to destroy a powerful artifact in the fires of a violent volcano.
Trivia: It became the first fantasy film to win the Oscar for Best Picture. It was also the most honored film in history to take home Oscars for all of its nominations, eleven; and it was the first third chapter in a trilogy to win the Academy Award for Best Picture.
Films It Beat:
Lost in Translation
Master and Commander: The Far Side of the World
Mystic River
Seabiscuit