In our second part, we rank the films from 65 through 51. 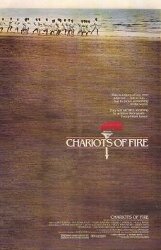 Synopsis: The training and friendship of a devout Christian and an English Jew, two runners heading to the 1924 Olympics, each hoping to achieve something different.
Trivia: Chariots of Fire was the first film to win the People’s Choice Award at the Toronto International Film Festival to go on to win the Academy Award for Best Picture. It would remain the only such film to win for 18 years.
Films It Beat:
Atlantic City
On Golden Pond
Raiders of the Lost Ark
Reds 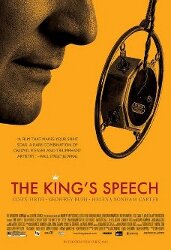 Synopsis: After his brother abdicates the throne, King George VI must find a way past his speech impediment before delivering one of the most important speeches of his career.
Trivia: The King’s Speech is the first Best Picture winner in Oscar history to feature a British monarch in a leading role.
Films It Beat:
Black Swan
The Fighter
Inception
The Kids Are All Right
127 Hours
The Social Network
Toy Story 3
True Grit
Winter’s Bone 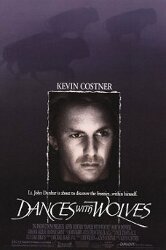 Synopsis: A Union Army lieutenant travels to the American frontier to see it before it disappears and takes over an abandoned Army fort while developing a relationship with the nearby Lakota Indians.
Trivia: It was the first western to win Best Picture in nearly 60 years and gave actor-turned-director Kevin Costner his only two Oscars for directing and producing.
Films It Beat:
Awakenings
Ghost
The Godfather, Part III
Good Fellas 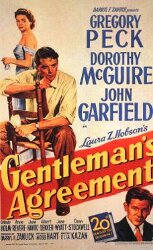 Synopsis: A journalist goes undercover as a Jew in order to conduct research on an article aboutantisementism in New York City and nearby Darien, Conn. In the process, he discovers the hard truth about attitudes towards Jews, potentially damaging his life and career in the process.
Trivia: Marked the first of seven Oscar nominations for director Elia Kazan who won the Oscar that year. It’s subject matter brought it to the attention of the House Committee on Un-American Activities, causing its principal participants to have to go before the HUAC, which resulted in the blacklisting of Oscar winner Anne Revere and Oscar nominee John Garfield, all prior to Kazan’s infamous naming of names incident.
Films It Beat:
The Bishop’s Wife
Crossfire
Great Expectations
Miracle on 34th Street 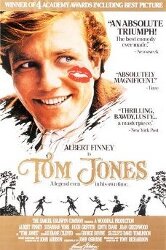 Synopsis: Tom Jones was abandoned as a baby, adopted by an English squire and later banished by his benefactor embarks on a flirtatious escapade through the English countryside, participating in a wild series of flings.
Trivia: This is the only film in Academy history to receive three nominations for Best Supporting Actress: Diane Cilento, Dame Edith Evans and Joyce Redman.
Films It Beat:
America America
Cleopatra
How the West Was Won
Lilies of the Field 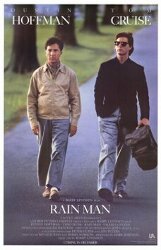 Synopsis: In an effort to get at his late father’s multimillion-dollar estate, a selfish yuppie cozies up to his unknown autistic brother.
Trivia: This marked the first of seven Oscar nominations for prominent modern film composer Hans Zimmer. Dustin Hoffman received his second Oscar for this role, the first time a Best Picture winner had featured a mentally-handicapped lead character.
Films It Beat:
The Accidental Tourist
Dangerous Liaisons
Mississippi Burning
Working Girl 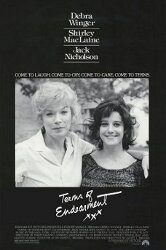 Synopsis: The story of the thorny and loving relationship between mother-and-daughter over a span of 30 years.
Trivia: It was the fourth time in Oscar history where two actresses from the same film were nominated in the Best Actress category. This was the first time one of these double nominees won the award. That winner was Shirley MacLaine who also remains the only actress to be a part of more than one of these pairings. She was also nominated opposite in 1977 opposite Anne Bancroft for The Turning Point. It would happen only one more time afterwards when Susan Sarandon and Geena Davis were both nominated for Thelma & Louise.
Films It Beat:
The Big Chill
The Dresser
The Right Stuff
Tender Mercies 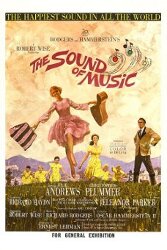 Synopsis: A carefree ex-nun becomes governess to a widowed father’s seven children. As she teaches the children to sing and enjoy life, she attempts to teach them and their father how to love and be loved.
Trivia: At the time of its release, The Sound of Music became the highest grossing musical of all-time and the second-highest grossing Best Picture winner in history, even adjusted for inflation.
Films It Beat:
Darling
Doctor Zhivago
Ship of Fools
A Thousand Clowns 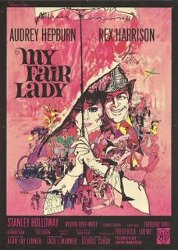 Synopsis: An arrogant phonetics professor wagers he can turn a Cockney girl’s accent and into a proper English one.
Trivia: Audrey Hepburn was selected for the part of Eliza Doolittle, but wasn’t nominated for the Academy Award for Best Actress. The winner that year was Julie Andrews who originated the role of Eliza in the Broadway production.
Films It Beat:
Becket
Dr. Strangelove or: How I Learned to Stop Worrying and Love the Bomb
Mary Poppins
Zorba the Greek 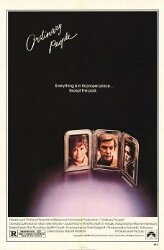 Synopsis: An affluent family begins to crumble when the eldest son is killed in a boating accident.
Trivia: This was the last film to win Best Picture without receiving a nomination for Best Film Editing, establishing that category as the most important category for a future Best Picture winner to receive a nomination in.
Films It Beat:
Coal Miner’s Daughter
The Elephant Man
Raging Bull
Tess 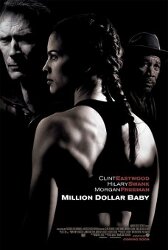 Synopsis: A young woman decides to make a change in her life, seeking out an experienced boxing trainer to begin a career as a female prizefighter.
Trivia: With this Oscar, Clint Eastwood became the oldest Best Director winner in Oscar history.
Films It Beat:
The Aviator
Finding Neverland
Ray
Sideways 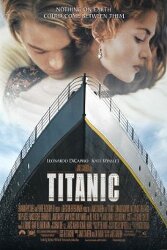 Synopsis: A young aristocrat falls in love with a steerage-class passenger on the ill-fated voyage of the R.M.S. Titanic.
Trivia: Tied two Academy records for quantities in the same year, tying All About Eve for most nominations with fourteen and tying Ben-Hur for most Oscars in a single year, a record it now shares with The Lord of the Rings: The Return of the King, each with eleven Oscars.
Films It Beat:
As Good as It Gets
The Full Monty
Good Will Hunting
L.A. Confidential 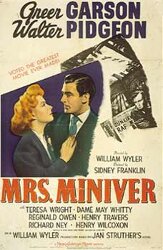 Synopsis: In the beginning months of World War II, a British family struggles to adjust to the new norms of the war era.
Trivia: It was the first film in Oscar history to receive five acting nominations, and also the first to get nominated in each of the four acting categories.
Films It Beat:
The Invaders
Kings Row
The Magnificent Ambersons
The Pied Piper
The Pride of the Yankees
Random Harvest
The Talk of the Town
Wake Island
Yankee Doodle Dandy 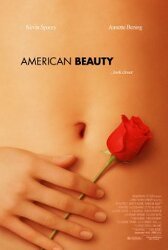 Synopsis: An infatuation with his daughter’s young friend leads a depressed father in a mid-life crisis on a journey of tortured self-examination.
Trivia: Was the first film from DreamWorks SKG to win the Oscar for Best Picture.
Films It Beat:
The Cider House Rules
The Green Mile
The Insider
The Sixth Sense 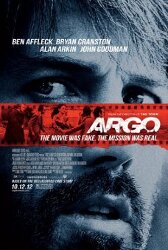 Synopsis: A C.I.A. extraction expert tries to free a group of American embassy workers who escaped the consulate prior to the taking of hostages during the Iran Hostage Crisis.
Trivia: Became only the fourth film in Oscar history to win an Oscar for Best Picture without a nomination for Best Director, the first such occurrence affecting an actor-turned-director.
Films It Beat:
Amour
Beasts of the Southern Wild
Django Unchained
Les Misérables
Life of Pi
Lincoln
Silver Linings Playbook
Zero Dark Thirty