Let’s start things off with the first twenty-one titles on the list, ranked from 86 to 66. 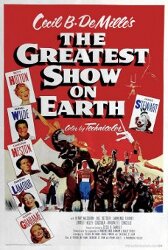 Synopsis: A behind-the-scenes look at the men and women who perform for and orchestrate “The Greatest Show on Earth.” With the cooperation of the Ringling Bros. / Barnum & Bailey Circus, Cecil B. DeMille’s Big Top spectacle starred Chalrton Heston and Betty Hutton.
Trivia: This is the only film legendary producer and director DeMille ever won an Oscar for.
Films It Beat:
High Noon
Ivanhoe
Moulin Rouge
The Quiet Man 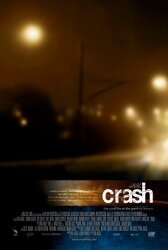 Synopsis: Issues of race, pain and triumph bring together multiple stories of Los Angelinos struggling for normality.
Trivia: Crash is the first movie to be set primarily or entirely in Los Angeles to win a Best Picture Oscar.
Films It Beat:
Brokeback Mountain
Capote
Good Night, and Good Luck.
Munich 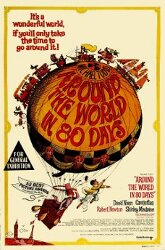 Synopsis: Based on the celebrated novel by Jules Verne, Around the World in 80 Days tells the story of an English gentleman who wagers he can circumnavigate the globe in 80 days. He sets off on a globe-spanning adventure to prove it.
Trivia: Of all Best Picture winners in history, it has the largest all-star cast with 49 credited (and uncredited) cameos in addition to the four-person cast. The only surviving stars of the film are both Oscar nominees: Shirley MacLaine and Glynis Johns.
Films It Beat:
Friendly Persuasion
Giant
The King and I
The Ten Commandments 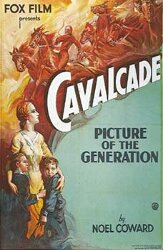 Synopsis: As the 19th Century turned into the 20th, a family of Londoners must struggle against a tide of change covering events from 1899 through 1933.
Trivia: Until Titanic, Cavalcade was the only Best Picture winner to feature scenes set on the fated cruise liner.
Films It Beat:
A Farewell to Arms
42nd Street
I Am a Fugitive from a Chain Gang
Lady for a Day
Little Women
The Private Life of Henry VIII
She Done Him Wrong
Smilin’ Through
State Fair 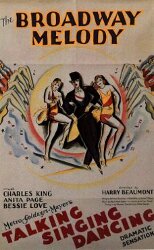 Synopsis: Shifting from Vaudeville to Broadway, two sisters find love and loss in the Big Apple as they struggle with fame, romance and music.
Trivia: It was the first musical and first talking picture to win Best Picture at the Oscars.
Films It Beat:
Alibi
Hollywood Revue
In Old Arizona
The Patriot 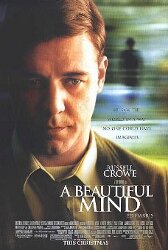 Synopsis: Loosely based on the life of mathematician John Forbes Nash Jr., A Beautiful Mind follows Nash as he takes on secret cryptography work for the United States and how the obsession nearly destroys him.
Trivia: This is the only Best Picture winner Ron Howard has ever directed. It was his second of three films nominated for Best Picture. This is the only Best Picture nominee or winner screenwriter Akiva Goldsman has ever written.
Films It Beat:
Gosford Park
In the Bedroom
The Lord of the Rings: The Fellowship of the Ring
Moulin Rouge 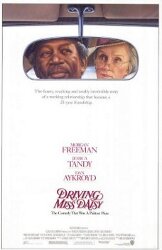 Synopsis: Forced to hire a black chauffeur at the height of the Civil Rights era, an aging Jewish woman must confront her internal prejudices as the nation changes around her.
Trivia: This is one of only four films to win Best Picture without a corresponding Best Director nomination. It was the first such film in 57 years.
Films It Beat:
Born on the Fourth of July
Dead Poets Society
Field of Dreams
My Left Foot 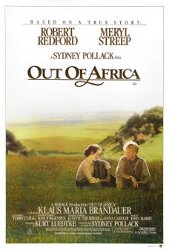 Synopsis: Facing various hardships in colonial Kenya, a Danish baroness falls in love with a charismatic big game hunter as her marriage crumbles.
Trivia: Actress Meryl Streep has starred only starred in three Best Picture winners in her career. All three of which she was nominated for an Oscar. This is the only one of those three for which she received a nomination in the lead category.
Films It Beat:
The Color Purple
Kiss of the Spider Woman
Prizzi’s Honor
Witness 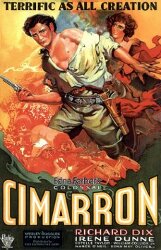 Synopsis: Edna Ferber’s novel acts as the foundation for this story of a newspaper editor settling in a boom town in Oklahoma at the end of the 19th century.
Trivia: Cimarron was the first and only western to win Best Picture, a record it would hold for 59 years when Dances With Wolves won in 1990.
Films It Beat:
East Lynne
The Front Page
Skippy
Trader Horn 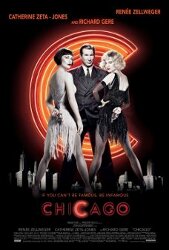 Synopsis: Two death row inmates fight for fame in the hopes that it will save them from execution.
Trivia: Became the first musical since An American in Paris in 1951, to win Best Picture without also winning Best Director. It is one of only ten musicals ever to win Best Picture.
Films It Beat:
Gangs of New York
The Hours
The Lord of the Rings: The Two Towers
The Pianist 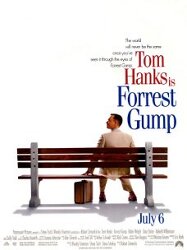 Synopsis: Modern United States history acts as the backdrop for a story of a mentally challenged man as he strives to make a name for himself and win the love and admiration of a young woman he fell in love with when they were both children.
Trivia: Tom Hanks was only the fifth individual to win back-to-back acting Oscars. His Oscar for Forrest Gump was the second of his two, the prior coming for 1993’s Philadelphia. He was the first of those five individuals to win his second prize for a Best Picture winner. Only Luise Rainer received either Oscar for a Best Picture winner. Her first was for The Great Ziegfeld in 1936.
Films It Beat:
Four Weddings and a Funeral
Pulp Fiction
Quiz Show
The Shawshank Redemption 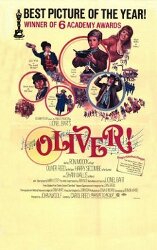 Synopsis: A musical adaptation of the Charles Dickens story Oliver Twist about an orphan who runs away and joins a band of pickpockets struggling to survive on the streets of London.
Trivia: Oliver! was the last musical of Hollywood’s Musical Era to win Best Picture and would remain the last such Best Picture winner for more than thirty years when Chicago won in 2002.
Films It Beat:
Funny Girl
The Lion in Winter
Rachel, Rachel
Romeo and Juliet 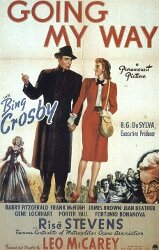 Synopsis: A young, progressive priest brings a worldly knowledge to his Roman Catholic parish reaching out to a group of youths and working hard to overcome the consternation of his parish superior.
Trivia: Going My Way remains the only film in Oscar history to have a member of its cast nominated in both acting categories, lead and supporting, for the same role. Barry Fitzgerald won the Oscar for Best Supporting Actor losing Best Actor to star Bing Crosby. This is no longer possible by Academy rules.
Films It Beat:
Double Indemnity
Gaslight
Since You Went Away
Wilson 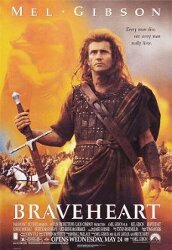 Synopsis: A Scottish commoner leads a revolt against the English tyrant ruling over Scotland after the murder of his wife by a soldier who had intended to rape her.
Trivia: This was one of the few films in Oscar history to win Best Picture without a single corresponding prize from another critics or guild organization.
Films It Beat:
Apollo 13
Babe
The Postman (Il Postino)
Sense and Sensibility 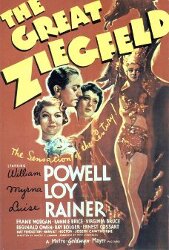 Synopsis: A musical extravaganza based on the life of legendary Broadway entertaining Florenz Ziegfeld, following the ups and downs of his storied career.
Trivia: The Great Ziegfeld was the first biopic to win Best Picture at the Oscars.
Films It Beat:
Anthony Adverse
Dodsworth
Libeled Lady
Mr. Deeds Goes to Town
Romeo and Juliet
San Francisco
The Story of Louis Pasteur
A Tale of Two Cities
Three Smart Girls 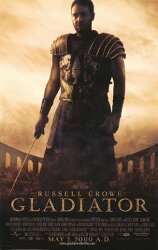 Synopsis: When he his betrayed and his family murdered, a Roman general returns from exile as a gladiator to seek revenge against the emperor’s son.
Trivia: This was the first film in almost fifty years to win Best Picture without winning an Oscar for either Best Director or one of the writing awards. The film previous film was The Greatest Show on Earth in 1952.
Films It Beat:
Chocolat
Crouching Tiger, Hidden Dragon
Erin Brockovich
Traffic 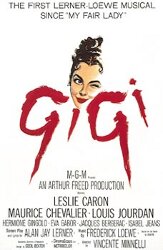 Synopsis: A weary Parisian playboy finds friendship, and love, with a beautiful courtesan-in-training.
Trivia: For nearly 30 years, Gigi was the most Oscar-winning film in history to win awards for every nomination. The Last Emperor tied its 9 awards, a record later broken by The Lord of the Rings: The Return of the King, which went 11-for-11.
Films It Beat:
Auntie Mame
Cat on a Hot Tin Roof
The Defiant Ones
Separate Tables 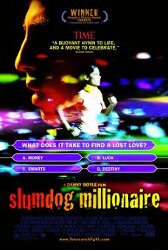 Synopsis: Accused of cheating on the Indian version of “Who Wants to Be a Millionaire,” a Mumbai teen explains in flashback why he knew the answers to every question he answered correctly.
Trivia: It became the first Bollywood-style film to be nominated for and to win Best Picture.
Films It Beat:
The Curious Case of Benjamin Button
Frost/Nixon
Milk
The Reader 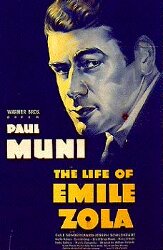 Synopsis: This is the story of muckraking novelist Emile Zola and his attempts to fight the injustice of the Dreyfuss Affair.
Trivia: Was the first film to receive double-digit Oscar nominations: 10.
Films It Beat:
The Awful Truth
Captains Courageous
Dead End
The Good Earth
In Old Chicago
Lost Horizon
One Hundred Men and a Girl
Stage Door
A Star Is Born 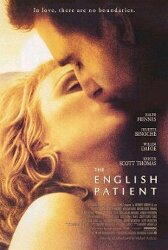 Synopsis: A tragic love affair is revealed by a badly-burned plane crash victim as he relates the story to the young French nurse who tends his wounds.
Trivia: This Best Picture prize was the first ever won by legendary Oscar campaigner Harvey Weinstein, even though he wouldn’t receive a statuette until two years later for Shakespeare in Love.
Films It Beat:
Fargo
Jerry Maguire
Secrets & Lies
Shine 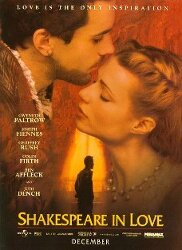 Synopsis: Forbidden by custom and law, a female actor masquerades as a man in order to perform. She falls in love with a young playwright and becomes his inspiration for one of his most famous plays.
Trivia: This film became first Best Picture in nearly two decades to have its director nominated for Best Director and lose that prize.
Films It Beat:
Elizabeth
Life Is Beautiful
Saving Private Ryan
The Thin Red Line