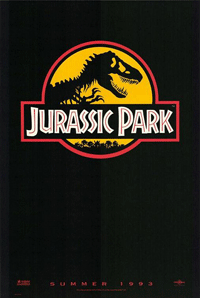 As we await the release of Avatar, much discussed as a groundbreaker when it comes to CGI and cinematic visual FX, OFCS members were asked to chose their favorite use of innovative CGI, as well as the one they considered most important, from a technical standpoint.

By a relatively narrow margin, Jurassic Park, with its first photorealistic CG creatures, was voted Favorite. By a slightly larger margin, Terminator 2: Judgment Day was voted Most Important, for its first realistic human movements on a CGI character as well as its first use of a personal computer to create major movie 3D effects.

Results were calculated on a simple vote basis: of the 53 members who participated in the poll, 13 voted for Jurassic Park as Favorite, and 12 for Terminator 2 as Most Important.

Other Favorites with more than 1 vote:

The Lord of the Rings trilogy, for its first use of AI for digital actors and first photorealistic motion captured character for a film (10 votes)
Toy Story, as the first CGI feature-length animation (6 votes)
Terminator 2 (6 votes)
Star Wars, for it first use of an animated 3D wireframe graphic (4 votes)
The Abyss, for its first digital 3D water effect (2 votes)
Fight Club, for its first realistic close-up of detailed facial deformation on a synthetic human (2 votes)
The Lord of the Rings trilogy (2 votes)
Tron, for its extensive use of 3D CGI (2 votes)

Other Most Importants with more than 1 vote:

(Note: Avatar was not included in this poll.)