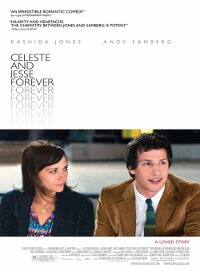 Reviews for this film from our members:

One thought on “Reviews: Celeste and Jesse Forever (2012)”