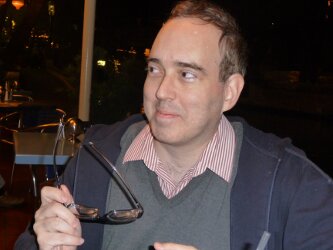 ABOUT MICHAEL BARRETT
I live near San Antonio, TX and work for the San Antonio Public Library. For more than 20 years I wrote a classic/foreign video column in the San Antonio Express News and for several years contributed to Video Watchdog magazine. Since 2007 I contribute to PopMatters, an online magazine.