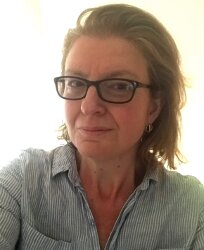 ABOUT MARYANN JOHANSON
MaryAnn Johanson is a freelance film and pop-culture writer from New York City and now based in London. She is the webmaster and sole critic at FlickFilosopher.com, which debuted in 1997 and is now one of the most popular, most respected, and longest-running movie-related sites on the Internet. Her film reviews also appear in a variety of alternative-weekly newspapers across the U.S. additional credits include numerous print and online publications on both sides of the Atlantic such as Archaeology, Film Threat, IndieWire, movieScope, and many others. Johanson is one of only a few film critics who is a member of The International Academy of Digital Arts and Sciences (the Webby organization), an invitation-only, 500-member body of leading Web experts, business figures, luminaries, visionaries and creative celebrities. She has appeared as a cultural commentator on BBC Radio and on local radio programs in London and across North America. She has served on film festival juries at Sheffield Doc/Fest, Boston Sci-Fi Film Festival, and I-Con.