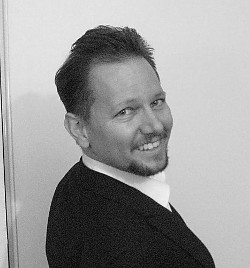 ABOUT MARK HOBIN
Mark Hobin is the founder of Fast Film Reviews – a site inspired by people who enjoy pithy film criticism. Quality not quantity is the focus. Reviews rarely extend beyond 600 words. A freelance writer who hails from the San Francisco Bay Area, he has been blogging since November 2009. With an emphasis on current releases, he still holds a special place in his heart for classic Hollywood pictures – Hitchcock is a favorite. It was apparent Mark would be a critic from the very first time he threw his pureed sweet potatoes on the floor in disgust. His love of the cinema sprang from memorable trips to the theater at a very young age. Film commentary naturally followed and he’s been giving his opinion to anyone who will listen ever since.Mark is also an avid music lover and can name the artist of any song that has ever hit #1 on the U.S. Billboard Hot 100 chart. He appreciates all music genres but is especially taken with the electronic dance music of artists like Daft Punk, and Cut Copy. When he isn’t sitting in a darkened movie house, he enjoys dining out more frequently than he cares to admit, playing trivia at the pub, and personally answering every comment he is honored to get on his blog.