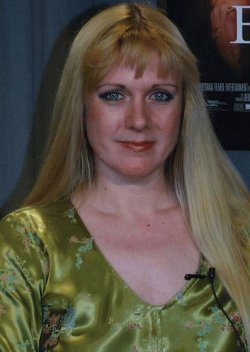 ABOUT LAURA CLIFFORD
Along with her husband Robin, Laura Clifford has coproduced and cohosted Reeling: The Movie Review Show since March of 1991. It is a biweekly show that has run uninterrupted for over 20 years in Boston, MA and surrounding cities and towns as well as other places throughout the country such as Portland, OR. Its online presence, www.reelingreviews.com, followed in the mid 90’s.Robin and Laura have taken film and media classes at Emerson College and the Boston Film & Video Foundation and enjoyed covering film festivals in Toronto, Venice and San Sebastian.