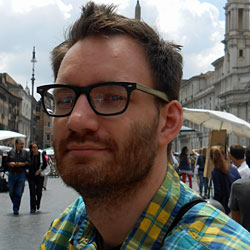 ABOUT JASON ZINGALE
A lover of movies and the art of debate, Jason has been writing film criticism for nearly 20 years. In addition to his reviews on Bullz-Eye.com, Jason has contributed to Film School Rejects and is a proud member of the Columbus Film Critics Association. Some of his favorite films include “Swingers” and just about anything by Edgar Wright and Quentin Tarantino.