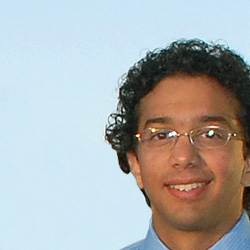 ABOUT JARED MOBARAK
Always a film fan, it wasn’t until college that I truly started seeking what cinema could do outside of popcorn entertainment. I began writing about what I was watching six years later in 2006 for a local magazine’s (Buffalo Spree) blog and haven’t looked back. All reviews are archived at www.jaredmobarak.com and I write about everything I see whether on assignment or for pleasure.Emotional connection trumps technical precision for me, so my ratings may seem lenient to the jaded at times. But I’d rather give SEVEN POUNDS four stars than pretend it didn’t blindside me—manipulation be damned. I also write about movie posters in the column “Posterized Propaganda” for The Film Stage and am the Artistic Director of Buffalo film series Cultivate Cinema Circle.