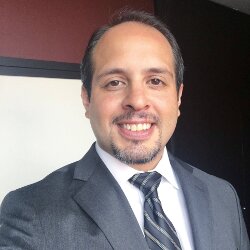 ABOUT FRANCISCO J. CANGIANO
Born on January 24, 1980 in San Juan, Puerto Rico, Francisco’s interest in film began at an early age thanks to his parents and movies such as Star Wars, Back to the Future, Jaws and Goonies. After studying marketing, journalism and film, he graduated from the University of Dayton in Ohio in 2005. After writing for several US-based movie blogs, Francisco decided to create the Puerto Rican internet site CineXpress in 2011. In addition to this, Francisco has also worked since then as film critic and correspondent for top local newspaper El Vocero and top local radio stations Fidelity 95.7 FM, Hot 102.5 FM and SalSoul 99.1 FM. A current member of the Online Film Critics Society and the first Puerto Rican ever to be certified by Rotten Tomatoes, Cangiano has also had the opportunity to interview actores, directors and producers from around the world. And without a doubt, cinema continues to be his biggest passion.