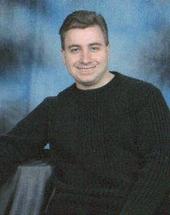 ABOUT ERIK CHILDRESS
Erik Childress got his start as a film critic on the Jonathon Brandmeier show back in 1998 and has been writing for the website, eFilmCritic.com, since 2000 where he provides reviews and the infamous Criticwatch column. Erik is a regular guest with Nick Digilio on Chicago’s WGN Radio (720 AM) covering the week’s releases on the Weekend Movie Reviews and providing live reports from various film festivals.He was the weekly Movies & Money correspondent on WCIU-TV’s First Business every Thursday morning and that continues now on Business First AM. He is also a co-host of the Bad Mutha Film Show with Sergio Mims on WHPK (88.5 FM) and in 2014 became the film reviewer for the Garry Meier show on WGN.FM. He also contributes weekly to Lazer 103.3 FM in Des Moines . For Movies.com he writes a regular box office column, has been contributing to Magill’s Cinema Annual since 2010 and became a part of the esteemed RogerEbert.com family as their awards season columnist. He is currently the Executive Secretary on the board of the Chicago Film Critics Association and in 2012 founded the Chicago Critics Film Festival where he currently serves as producer and programmer.