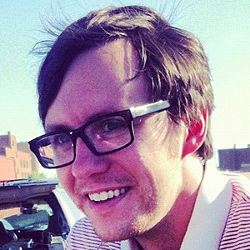 ABOUT DUSTIN JANSICK
Dustin Jansick is an independent film critic who also enjoys; indie music, cooking, technology, sports, puzzles, graphic design, and P.T. Anderson films. He is the founder and editor-in-chief of Way Too Indie, which means he reviews hundreds of movies each year. And is a proud member of the OFCS