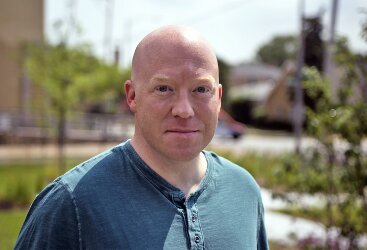 MEDIA AFFILIATIONS
Every Movie Has a Lesson
Medium
Feelin’ Film

ABOUT DON SHANAHAN
Don Shanahan is the creator/founder/blogger of Every Movie Has a Lesson. Don is a middle school teacher who is a regular credentialed member of the Chicago press pool of film critics. With his background in education, Don writes with the goal of teaching life lessons, from the serious to the farcical, found within every film. On the Feelin’ Film Podcast, he contributes “What We Learned This Week,” a weekly blog putting life lessons to current releases and movie trends and occasionally guests on podcasts. He is one of the founders of the Chicago Independent Film Critics Circle, a second and recognized awards-voting body of film critics championing diversity and independent voices in both criticism and the films themselves.As a member of the London Film Critics’ Circle, Fipresci, Online Film Critics Society and Galeca, he has served on film festival juries in North America, Europe and the Middle East.