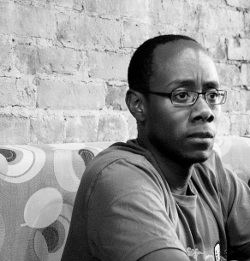 ABOUT COURTNEY SMALL
Courtney has been sharing his thoughts on film online since 2006. The founder of Cinema Axis, he can frequently be heard discussing film as co-host of Frameline on Radio Regent. Courtney has contributed to several publications including Leonard Maltin, In the Seats, Black Girl Nerds, and Comix Asylum. He also celebrates diversity in cinema as co-host of the Changing Reels podcast.