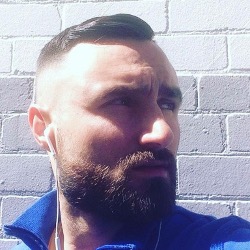 ABOUT BLAKE HOWARD
Blake Howard is a writer, a podcaster, the editor-in-chief & co-founder of Australian film blog Graffiti with Punctuation, but above all he’s a son of Batman. Beginning as a padawaon co-host of that movie show 2UE and now a member of the prestigious Online Film Critics Society sways the Tomatometer with Rotten Tomatoes approved reviews. Blake loves nothing more than to watch and share the effects of movies. See his articulated words at graffitiwithpunctuation.net, and hear his rants and girlish shrieks on Pod Save Our Screen.