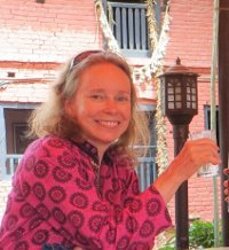 ABOUT BEV QUESTAD
Bev Questad is a social justice writer who gets political. She has been a film critic since 2009 with a focus on middle eastern, sub-continent and western values. She has been an award-winning public school and college instructor since 1982. Her academic papers range from motivating students, analyzing statistics in instructional strategies and promoting Charles Malik and the United Nations Universal Declaration of Human Rights (UNUDHR). Her undergrad major is in philosophy and her Ph.D. is in education, psychology, and English.Bev is a member of the Faith Action Network, BSLC Peace and Justice Ministry, and the Online Film Critics Society. She is also on the Advisory Board of the Institute for Lebanese Thought and a public speaker on American educational issues, Charles Malik (co-writer of the UNUDHR), and teaching English in orphanages.