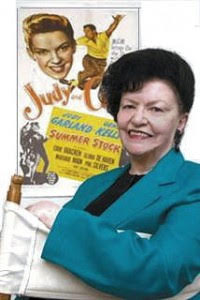 ABOUT BETTY JO TUCKER
Film critic Betty Jo Tucker is the author of three award-winning books related to film: “Confessions of a Movie Addict;” “Susan Sarandon: A True Maverick;” and “Cinema Stanzas: Rhyming About Movies.” Using the pen names of Harry and Elizabeth Lawrence, she and her husband co-wrote “It Had To Be Us,” a romantic memoir that won first place in the E-book category at the Hollywood Book Festival and has been adapted for the screen as a short film titled “Cake: A Love Story.” Tucker serves as editor and lead critic for ReelTalk Movie Reviews, writes film commentary for the Colorado Senior Beacon, and hosts the Movie Addict Headquarters show on BlogTalkRadio.