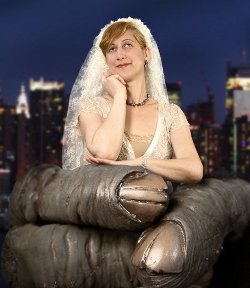 ABOUT BETH ACCOMANDO
Beth Accomando covers arts and culture KPBS News and website, and hosts the podcast Cinema Junkie. Beth has been a film critic for more than 25 years and since 1997 has been covering independent and international cinema as well as pop culture for National Public Radio. She has received numerous Society of Professional Journalist Awards and San Diego Press Club Awards for her radio and web site work at KPBS as well as LA Press Club and National Entertainment Journalism awards. She has also received 11 southwestern area Emmy Awards as well as national Pro Max and Telly Awards while working at Fox.Beth is a member of the Broadcast Film Critics Association and Online Film Critics Society, and is the past President and former Education Chairperson for the San Diego Film Critics Society. In the past she has served on the film selection committee for the San Diego International Film Festival, Horrible Imaginings Film Festival, and San Diego Latino Film Festival. She also volunteers as part of The Film Geeks at the Digital Gym Cinema to bring independent and envelope-pushing genre filmmaking to the Media Arts Center San Diego’s micro cinema. She has a passion for Hong Kong cinema, Japanese monster movies, horror, and film noir.