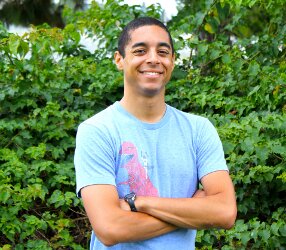 MEDIA AFFILIATIONS
We Live Entertainment
Why So Blu?
Hi-Def Ninja

ABOUT AARON NEUWIRTH
Aaron is a movie fanatic and loves writing and talking about such things…a lot. Born and raised in Orange County, California, he earned a degree or two at UC Santa Barbara. Aaron describes himself as a film reviewer, writer, podcaster, gamer, comic book reader, disc golfer, and a lefty. He fell in love with movies at a young age and has continued viewing, studying, and analyzing all aspects of the medium ever since. His mind is full of film knowledge and random trivia, but he is always open to learning more, whether it’s through box office stats, reviewing Blu-rays from The Criterion Collection or simply hearing first hand from filmmakers and others about various productions and behind-the-scenes tidbits.